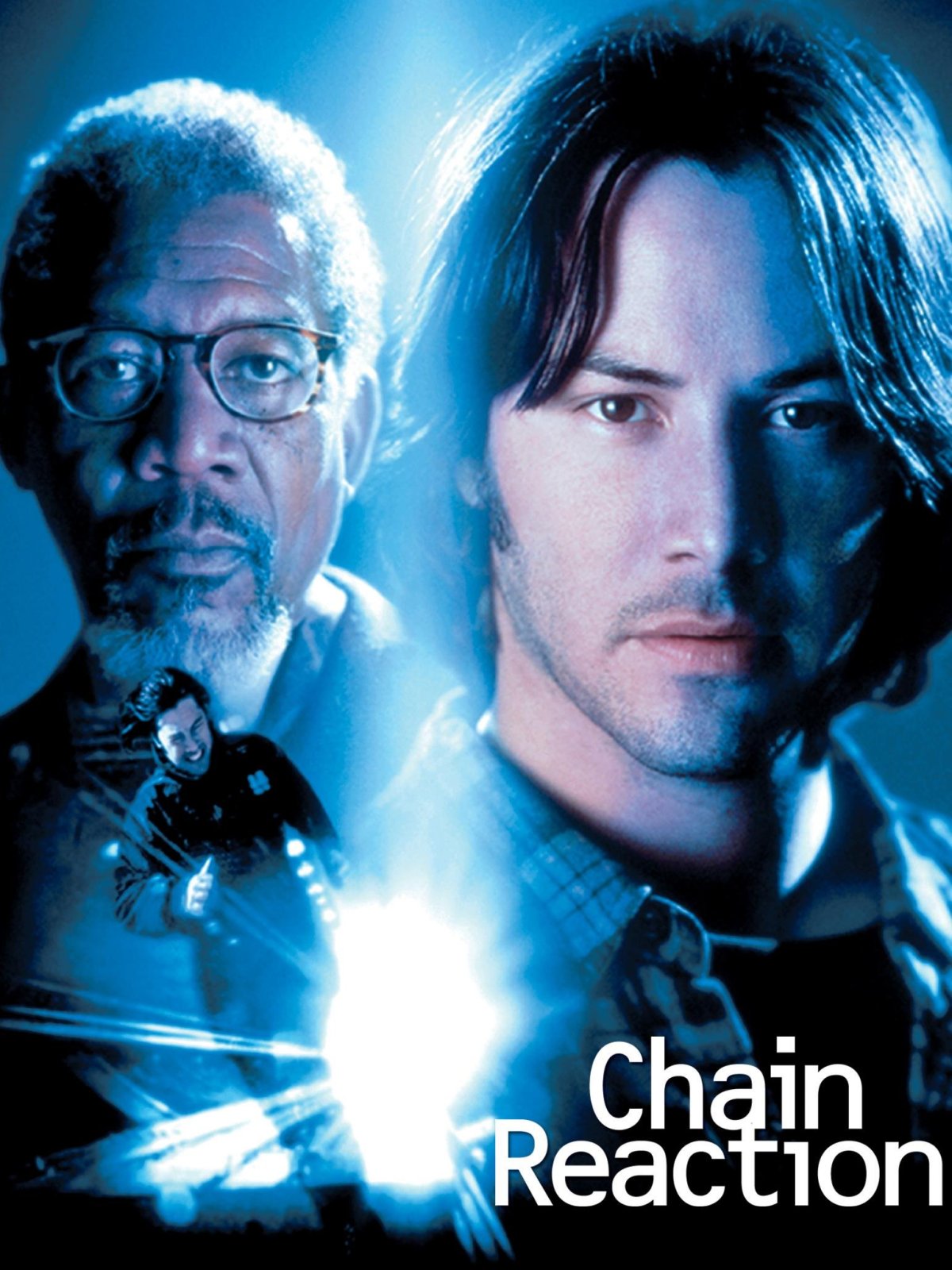 When a high profile scientist at the University of Chicago is murdered, Eddie, an undergraduate, and physicist Lily are framed and accused of stealing an innovative alternative fuel formula. With the police and the secretive organisation that framed them hunting them, they are forced to go on the run, and if they are to survive they must prove their innocence.

First thing’s first, despite the poor reviews this is an enjoyable and fun film and if you like Keanu Reeves and Morgan Freeman you’ll probably find it a decent watch; however, before watching it some points need to be taken into account. Firstly, it was made during the time period in which it was popular to believe that there was some secret government force, which was backed by the petrol barons, who were keeping a cheap green energy source from the world.

This film buys into that narrative, a scientist has come up with a way to create cheap and clean energy and wants to give it to the world, but a secret government body controlled by the CIA wants to stop him, the reason being that they argue that the technology would cause markets to crash et cetera et cetera.

So like said it plays into the popular belief of the time, and there are some big names in this, like said Morgan Freeman, Keanu Reeves, but also Brian Cox, Rachel Weisz and others. But despite the strong premise in reality this is nothing more than a typical action thriller.

Or rather the good guy gets framed by the bad guy, then goes on to prove his innocence, save the world, save the girl, and get the girl. The only questionable thing about this film is the fate of Morgan Freeman’s character, he plays a sort of half bad guy half good guy and for the type of film this is the fact he does not face any form of real justice for his half bad guy deeds is perhaps a questionable choice.

In fact it is most likely born out of the the fact producers suspected that cinemagoers wouldn’t like to see Morgan Freeman as the bad guy, or rather at least that they would not like to see him get his comeuppance in the way typical bad guy would. But in all honesty he didn’t have to get a typical bad guy ending, and with a little bit more creative thinking there could have been a better one, at least in regards to the plot.

But I don’t want to be negative because this film is an enjoyable watch, nothing special which the indifferent reviews are testament to, but most definitely an enjoyable watch, and if you are a fan of Keanu Reeves and Morgan Freeman, and are not the type of person who will sit there criticising every element of a film, it will entertain you on a Saturday evening and for that reason from me it gets a thumbs up.