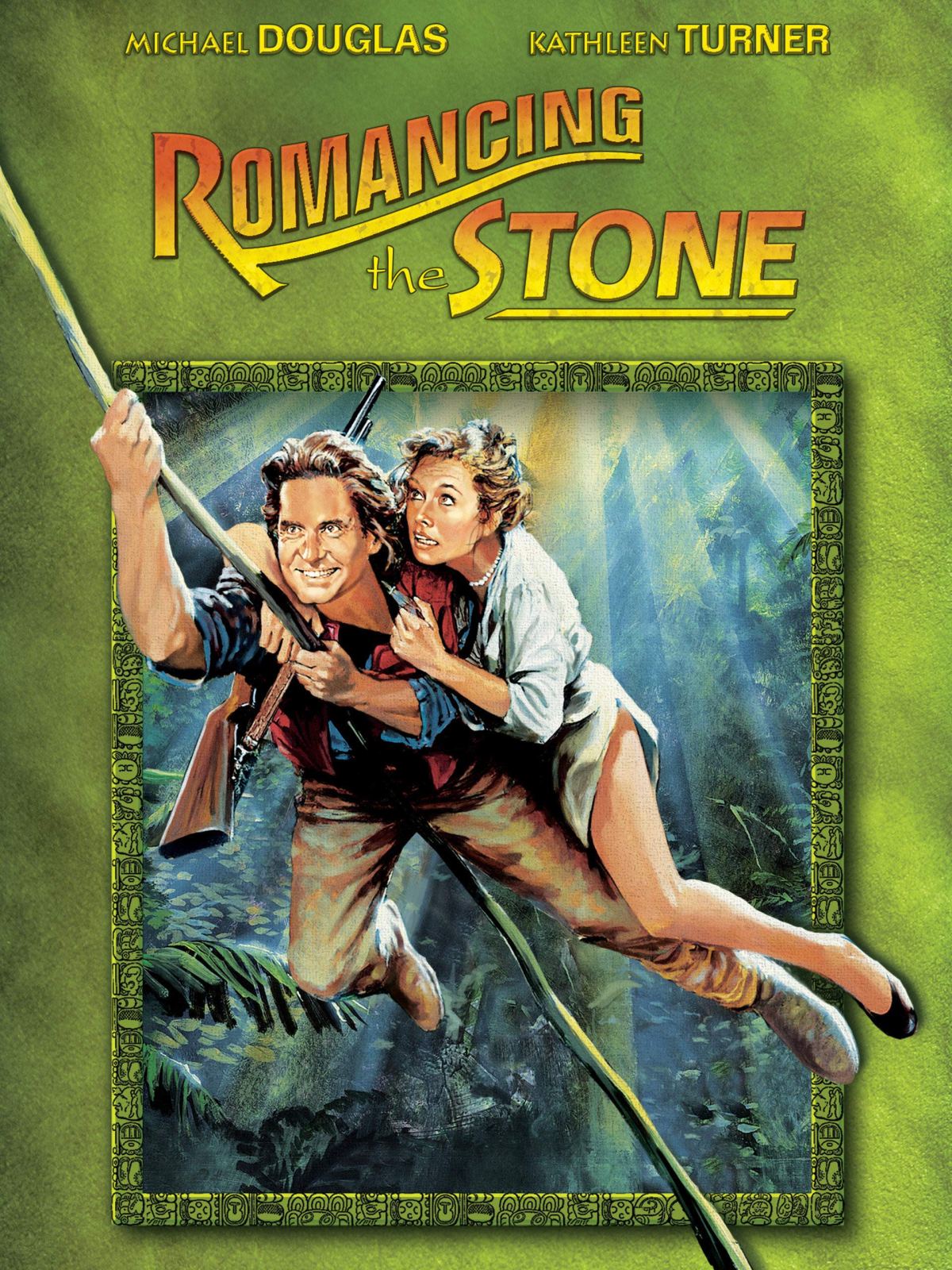 After coming into the possession of a treasure map, Joan Wilder, a romance novelist and hopeless romantic, is forced to fly to Colombia to try to save her sister who has been taken by people who want that map. But after taking the wrong bus she finds herself partaking in an epic adventure through the jungles of Colombia with the dashing Jack Colton, all the while being hunted by all those who want the map and the treasure it leads to.

It is an action adventure romance, which means it’s one of those films that are more targeted at families and couples, specifically the type where one person likes action adventure and the other likes romance. This film merges the two creating a compromise, and if any person wanted to find a film that was a perfect example of an action adventure romance from the 80s, this would be the film they would most likely watch. In fact you could argue that this film was the epitome of mainstream 80s style escapism cinema.

The story itself is basic like many mainstream films from the 80s, but in that is its power, it makes for easy watching. Joan Wilder, played by Kathleen Turner, is a hopeless romantic who writes adventure romance novels, Jack Colton, played by Michael Douglas, is the smarmy but dashing Errol Flynn wannabe while Danny DeVito plays Irn, a sort of good guy bad guy – he wants the treasure but doesn’t agree with his brother’s methods of kidnapping to get it though of course goes along with it anyway.

And what happens is Joan Wilder receives a treasure map, which Danny DeVito’s brother wants, so they kidnap Joan Wilder’s sister and hold her to ransom for the map. But there is somebody else who wants the map, Manuel Ojeda’s Zolo, and he tricks Kathleen Turner’s character into taking the wrong bus.

From there she embarks upon an adventure of a lifetime through the Colombian jungle, the sort of which she has spent her lifetime writing about but never experiencing herself. But the question is is the man she has enlisted the help of the man of her dreams, the one she has been looking for, or is he just a con artist who wants the treasure for himself dum dum dum. I’m sure you can probably get the gist of what the answer is.

Truth be told find a person who enjoys this genre that can find a negative thing to say about this film and you’ll be lucky, even a person who does not like the genre would be unlikely to find anything negative about it, other than the fact that they don’t like films of this genre, and that is because this film has definitely found that magic spark, the unexplainable thing that some films find and just have which makes it a classic.

Or rather there is nothing nasty or untoward about this film which a lot of modern-day films of the same genre struggle to accomplish. So it is 80s style cinema escapism at its best, and I can imagine that a hundred years from now this will be one of the films that will still be being watched. Not as a first choice, not even as a second choice but as that film that you watch with family when you can’t find anything decent to watch and just want to have a nice easy watch before bed.

And in reality that is the power of this film, it is such an easy watch that you can watch it again and again, not because it is an amazing film but because it does what it is supposed to do so well, that is give you a little escapism, leave you with a feelgood factor and above all entertain you, and in that is what makes it a classic. Which means from me it gets a big thumbs up, and if you can’t find anything to watch and are looking for a compromise film, an easy watch classic with action and romance from a time when the world was a lot less complex, this may just be the film you’re looking for.